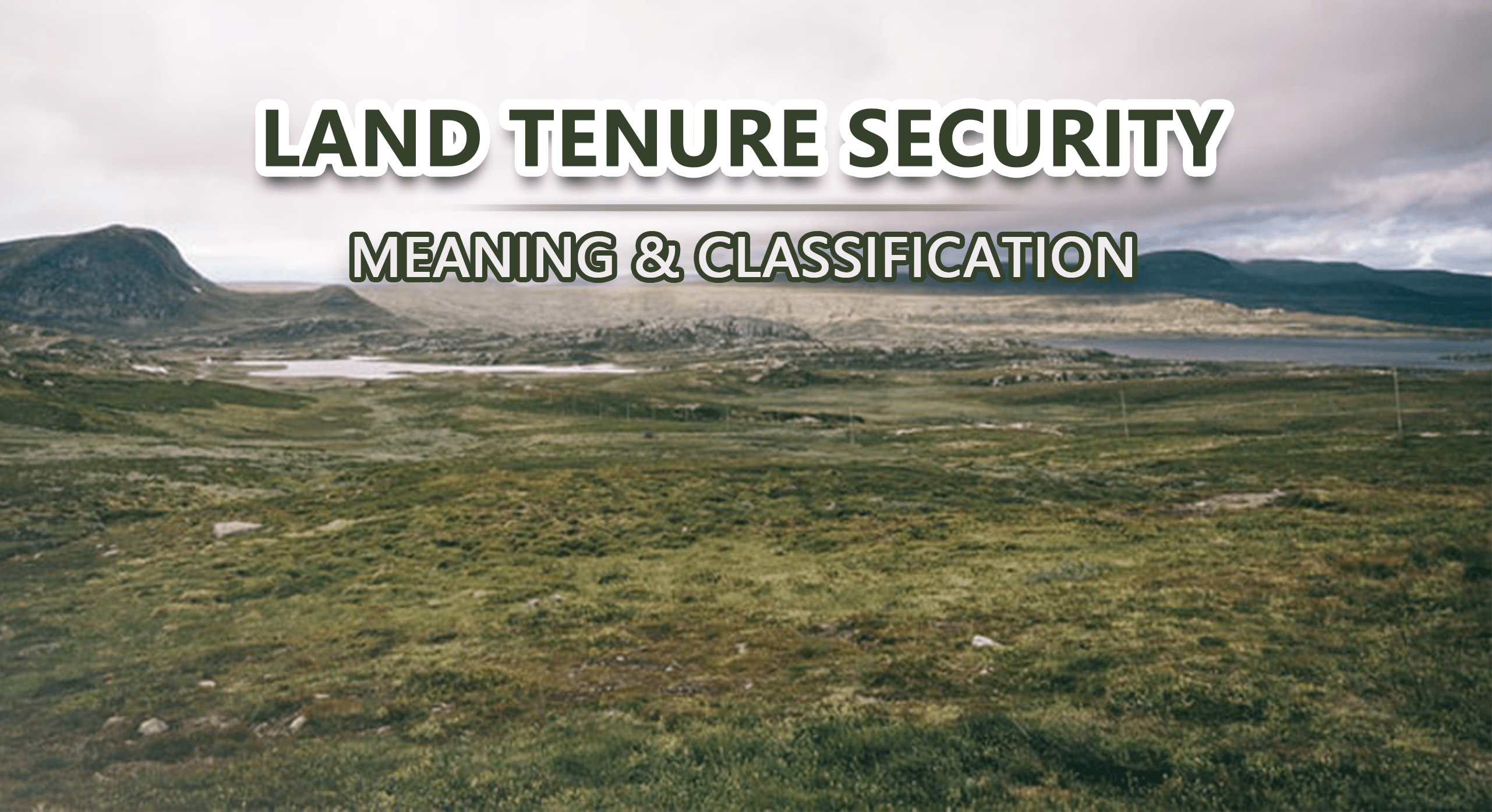 Land tenure refers to the relationship between people and land, from a legal or general perspective. It is basically a set of rules created by societies to define and regulate the allocation of land and the activities performed on it.

These rules also define how people gain access to the rights to utilize, manage, and transfer land sections as well as the various responsibilities and restrictions that come with those rights. In other words, a land tenure system helps decide who can use which lands for how long, and under which circumstances.

Importance and Classifications of Land Tenure

Land tenure and land tenure security are vital aspects of economic as well as societal structures. It is multifaceted; several factors are involved in its existence, including sociological, technical, financial, institutional, judicial, and political, that are often overlooked, but must be taken into consideration.

Relationships regarding land tenure may be properly defined and binding in a court of law or via customary practices in a community. On the other hand, they may be inadequately outlined with ambiguities and loopholes that may be exploited.

Land tenure is typically categorised as the following:

● Private: This involves the appointment of rights to separate individuals as private parties. The private party may be a single person, a married couple, and multiple people as part of a group or a corporate entity such as a commercial body or a not-for-profit organization.

For instance, within a society, separate families may own exclusive rights to land parcels for residential or agricultural purposes. Those who hold the rights to these land parcels may or may not give consent to other members of the community for use of the resources on these areas.

● Communal\Common: A community may have land with a right of commons that is available for use by every member of the community. For example, some pasture lands in the community may be used by all the members of a community to graze cattle.

● Open access: Nobody owns specific rights; neither can anyone be excluded. Such land usually includes marine tenure where usually anyone can access the high seas, including rangelands and forests, where the resources may also be freely accessed by all.

Open access is slightly different from communal access because the latter excludes non-members of the community from accessing the common areas.

● State: The rights to land are appointed to a public sector authority. For instance, some countries have forest lands that fall under the state mandate, at a central or decentralised government level.

So, what is land tenure security?

Land tenure security implies the certainty that a person’s land rights will be acknowledged and secured in cases of certain difficulties. Those with insecure tenure stand at risk of having their rights to land challenged by competing claims. They may even lose those rights, resulting in eviction.

In the absence of security of tenure, a sizeable percentage of households across the globe are significantly debilitated in their ability to procure enough food and to benefit from viable rural livelihoods.

Tenure security is essential, and not only for agricultural production. It also enables people to branch out their income by using their land as collateral, renting it out or selling it. This is a topic that requires further discussion, which we will do in another blog.