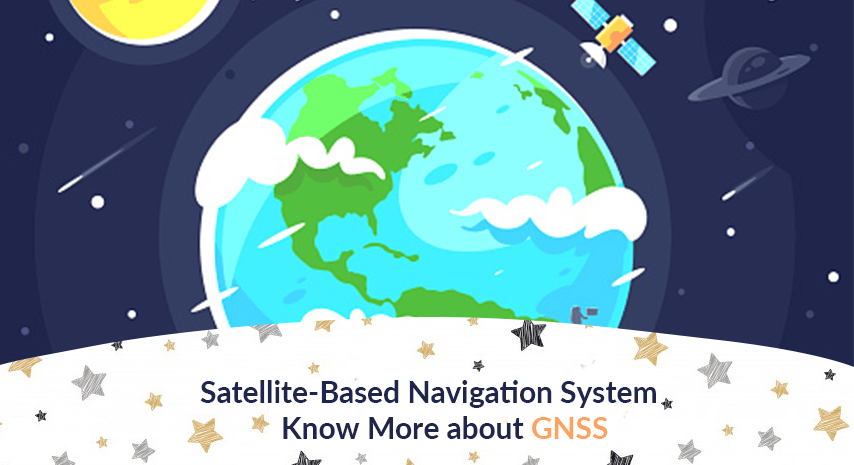 In case you are wondering about the origin of the GNSS or Global Navigation Satellite System, it is important to note that it all started as Satellite Navigation. The roots of both GNSS and RTK (Real-Time Kinematic) can be traced from this technology that has grown to become an indispensable part of our lives.

Also known as “satnav”, a satellite-based navigation system is mainly used to find where something, someone, or someplace is located on the earth. To determine this, it transmits a signal to multiple satellites in space with the help of transmitters and receivers. This signal is utilized for various purposes such as marking or tracking a location.

In this blog, we will cover various aspects of GNSS technology to give you a clearer idea about its history, applications, and so forth.

What a Global Satellite-based Navigation System is

GNSS is basically a satnav with the capacity to cover the entire globe, and it uses RTK for improved precision. RTK is a process that enhances centimeter-level accuracy through global satellite positioning. In fact, the combination of GNSS and RTK brings next-level precision due to amplified signal phases between the transmitter and receiver, which leads to real-time signal rectifications.

The global satellite-based navigation system was devised by the US Air-Force and was known as GPS (Global Positioning System) back then. While its use was restricted to military purposes, its accessibility has extended to the general public over the decades.

One of the simplest examples of this technology these days is the presence of GPS in smartphones, now available in almost every modern home. Many countries considered improving upon satellite-based navigation system for better and advanced user experience, especially for longer ranges, which is what led to the development of the Global Navigation Satellite System.

GNSS technology has hugely improved the accuracy and range of live location tracking. This has led to its use in several fields that has helped our world progress further, such as:

• Mobile and long-distance communication using a satellite-based navigation system
• Location-based services for emergencies that rely on the accuracy
• Devices used to predict temperature and weather with multiple refinements
• Geomarketing and Geocoding devices and technology, among several others.

Various technological advancements through the past few decades have transformed several fields like navigation, robotics, and long-distance communication. GNSS has proved itself as a game-changing innovation because of the way it has improved our lives.

Additionally, RTK combines with GNSS to provide instantaneous signal corrections with centimeter-level precision. The combination of these two is powerful; it results in ultimate accuracy and topnotch tracking